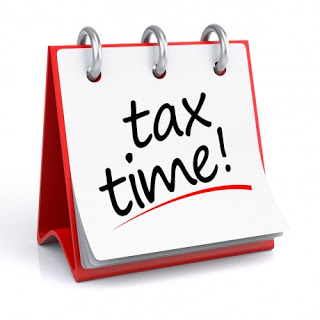 The Kenya Revenue Authority recently announced that the fine for late filing of returns would go up by up to 20 times. Whereas the fine for not filing an individual tax return was Kshs.1,000, this has now been increased to at least Kshs.20,000. This penalty applies for the year of income 2016 onwards. There are instances in which the penalty would exceed the Kshs.20,000 i.e. in instances where the tax due for the year in question is above Kshs.400,000, in which case the fine would be 5% of the tax due. 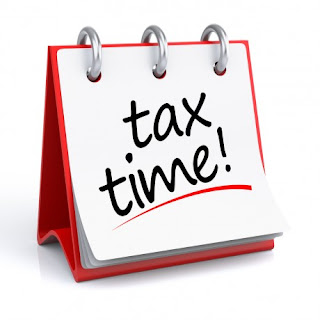 Is it a New Law?
These enhanced penalties are not exactly new. They were enacted in the Tax Procedures Act (2015) which came into law last year (2016). The Tax Procedures Act seeks to harmonize and consolidate the procedural rules that govern tax laws in Kenya. We can therefore say that by increasing these fines, the taxman has simply decided to implement what the law already handed him. The Tax Procedures Act has itself come under some criticism. Arguably, the most contentious issue in the Act was that the Act provides for the taxman to penalize tax avoidance. Tax avoidance is the arrangement of one’s financial affairs to minimize tax liability within the law. The difference between tax avoidance and tax evasion is that tax avoidance uses legal means to lower one’s tax liability, whereas tax evasion is the non-payment or under-declaration of tax dues. The question that has been posed then is, how can the Authority penalize that which is legal? Diverse views notwithstanding, the law as it is remains to be that tax avoidance would attract a penalty of 200%.

Filing Returns vs. Paying Tax
It is good to note that there is a difference between filing a tax return and paying tax. While they may go hand in hand, the two are distinct. Filing of tax returns would simply refer to the process of declaring an income. Whether there is tax to pay on that income is a different question all together.

Take for example a person whose sole source of income is employment. Such a person already has their tax deducted and remitted by the employer under the Pay-as-you-earn (PAYE) scheme. Therefore, at the end of the year, they have no tax liability owing to the Revenue Authority. However, they are still required to file their tax return i.e. declare that they earned employment income and that this has been remitted to the Revenue Authority on their behalf by their employer.

In this case, there are many people who would feel that filing of the tax return is an unnecessary burden. This is because the employer has already filed the PAYE return (i.e. declared that the employee earned the said income) and also remitted the accompanying tax. This could explain why in 2011, the then Finance Minister, (current President) Uhuru Kenyatta, abolished the requirement by salaried employees to file annual tax returns terming it unnecessary. Uhuru’s proposal exempted employees who had no additional source of income other than their salaries from filing tax returns. Parliament adopted the recommendations but KRA reintroduced the individual tax returns for salaried employees the following year. This according to KRA was the only way to determine if employers actually remitted the tax deductions made on employees’ salaries.

Cumulative Effect of the New Penalties
Obviously, an increase of 1900% is substantial. The impact of this increase is felt even more where the penalties start accumulating and earning interest. Take the example of a university student who joined university in the year 2016 and who does not file the tax return every year arguing they have no income. While indeed the student has no income, failure to file the tax return means they now incur a fine of Kshs.20,000 every year. By the time the student graduates in 2020, the taxman will be demanding from them amounts close to Kshs.100,000. This is quite different from a similar student who joined university in 2011, when the penalty was only Kshs.1,000, and who in 5 years time would be owing Kshs.5,000. Whereas the taxman may not necessarily go after this graduate to recover the tax penalty, it will be very hard for them in future to obtain a Tax Compliance Certificate without first clearing the accumulated penalties and interest.

Filing on the iTax Platform
The Tax Procedures Act enforces the use of electronic returns. This has been possible by utilizing the iTax platform. With the provisions to submit electronic tax returns, iTax makes possible what was not possible under the Income Tax Act. The Income Tax Act required that if the deadline for filing a tax return fell on a weekend or public holiday, the due dates would be the last working day prior to the weekend or holiday. With the iTax however, it is now possible to file tax returns on weekends and holidays.

My advice for iTax users is to view iTax as just one of the other online accounts you possess in this digital age. e.g. Facebook account. The same way that you have to log in to Facebook, LinkedIn, Twitter or even e-citizen is the same way you log in to iTax. Whereas you may log in to Facebook using your email address, the user name for logging in to iTax is your KRA PIN number. What happens when you can’t remember your Facebook password? You simply reset the password by clicking “Forgot Password” and the password reset instructions are sent into your inbox. In the same way, should you forget your iTax password, you simply “forget password” and the reset password instructions are sent into your e-mail address. It goes without saying then that one of the security measures, just like you would with your other online accounts, is to ensure that the e-mail address linked to your iTax account is one in which you have access and control over. Otherwise, anyone who has access to that e-mail address has by extension access to your iTax account.

Filing of individual tax return for salaried employees as well as filing of nil returns is fairly straightforward in iTax. Help is also available in form of tutorial videos, assistance from the iTax support centres and one could also seek the services of a qualified accountant. If a taxpayer opts for the latter, the cost of obtaining the tax/accounting service should be justifiable e.g. if the cost of getting the services of an accountant exceed the penalties in question, the taxpayer may be better off filing the tax return themselves. Whichever the case, no one should find themselves paying the unnecessary penalties by not filing their tax return.